It has been quite some time I wanted to do a redesign on The Verge app due to their not-so-great UI/UX. Just to be fair, they have just pushed a new update which is a lot better than the previous version that I am referring (and I didn’t see that coming!). The new version is smoother, and it has Nav Drawer navigation (which coincide with my new redesign, but I am not surprised because it’s a natural choice) and scrollable tabs, which are definitely welcomed UI patterns. While my redesign might be slightly similar to their new update, I still want to publish them because I think there are still many room for improvement to achieve better user experience.

Below are all the mock ups that I have done (07/10/2012 – updated with tablet version), and I have included some comments for my choice of UI patterns: 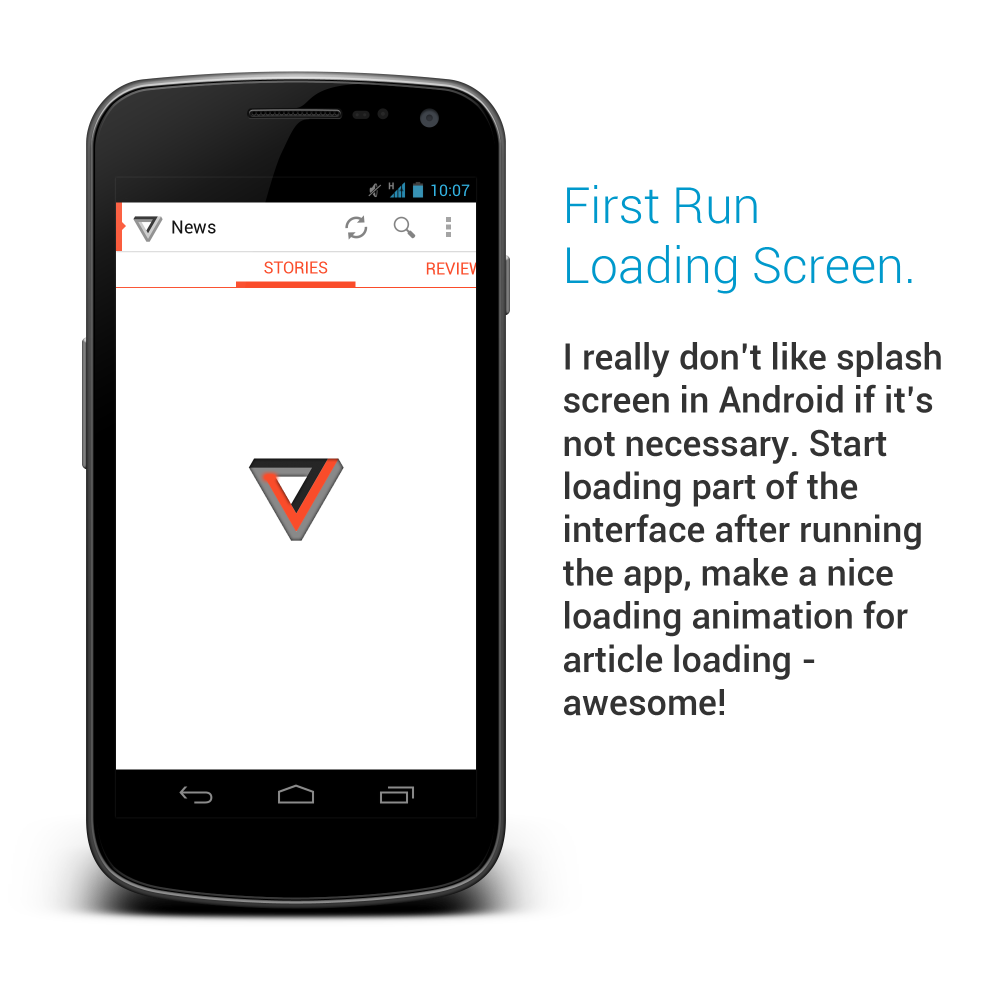 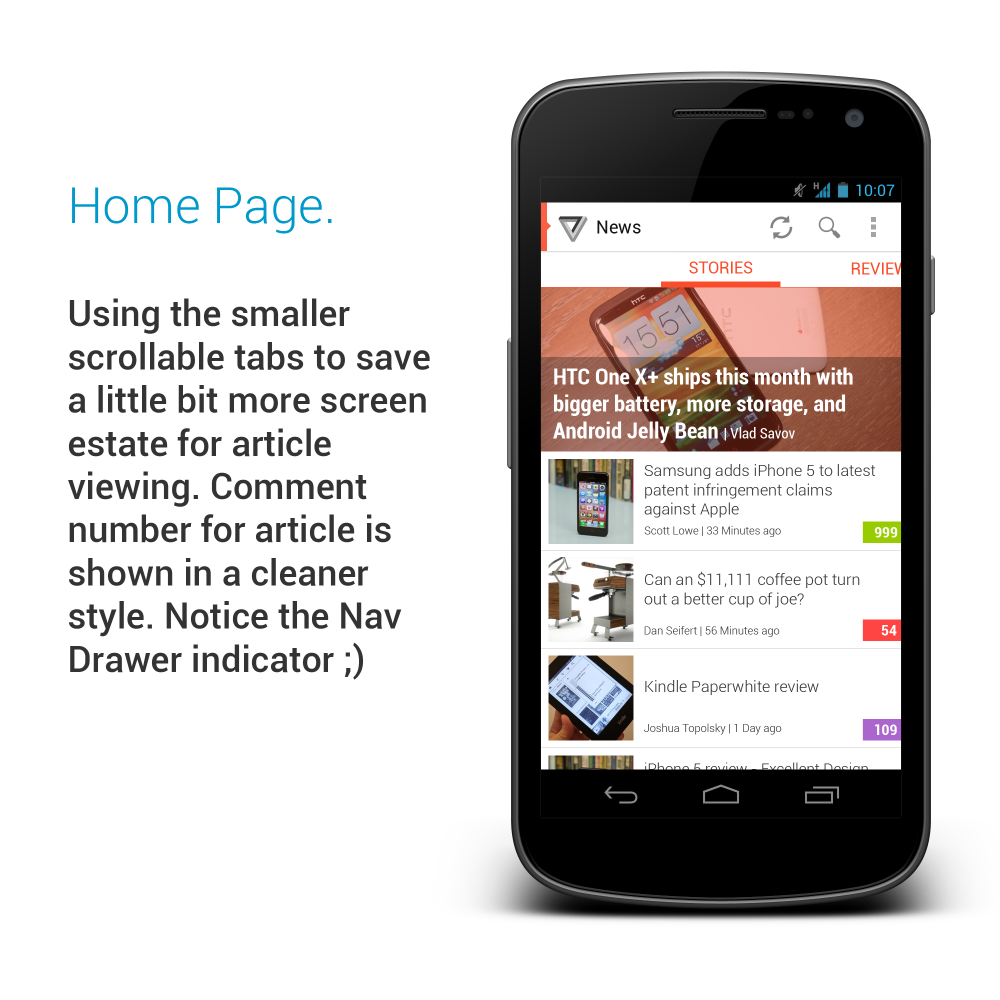 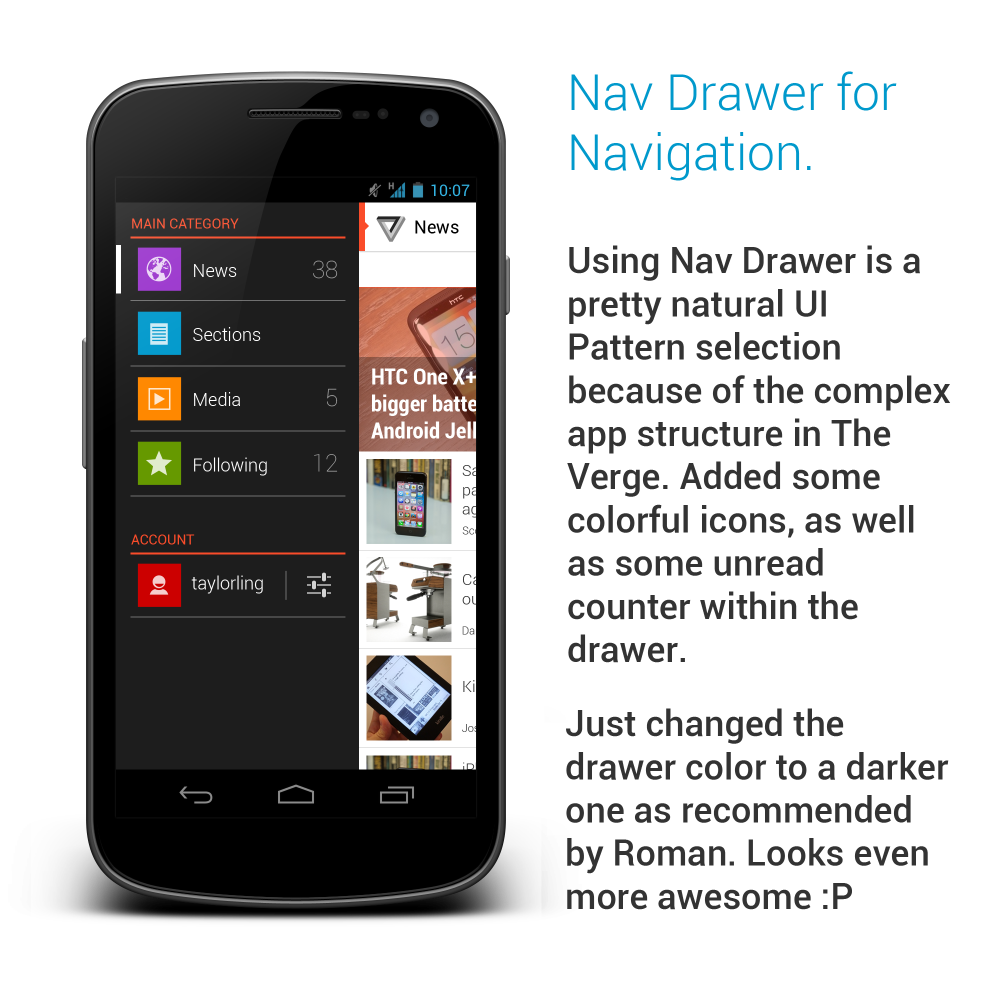 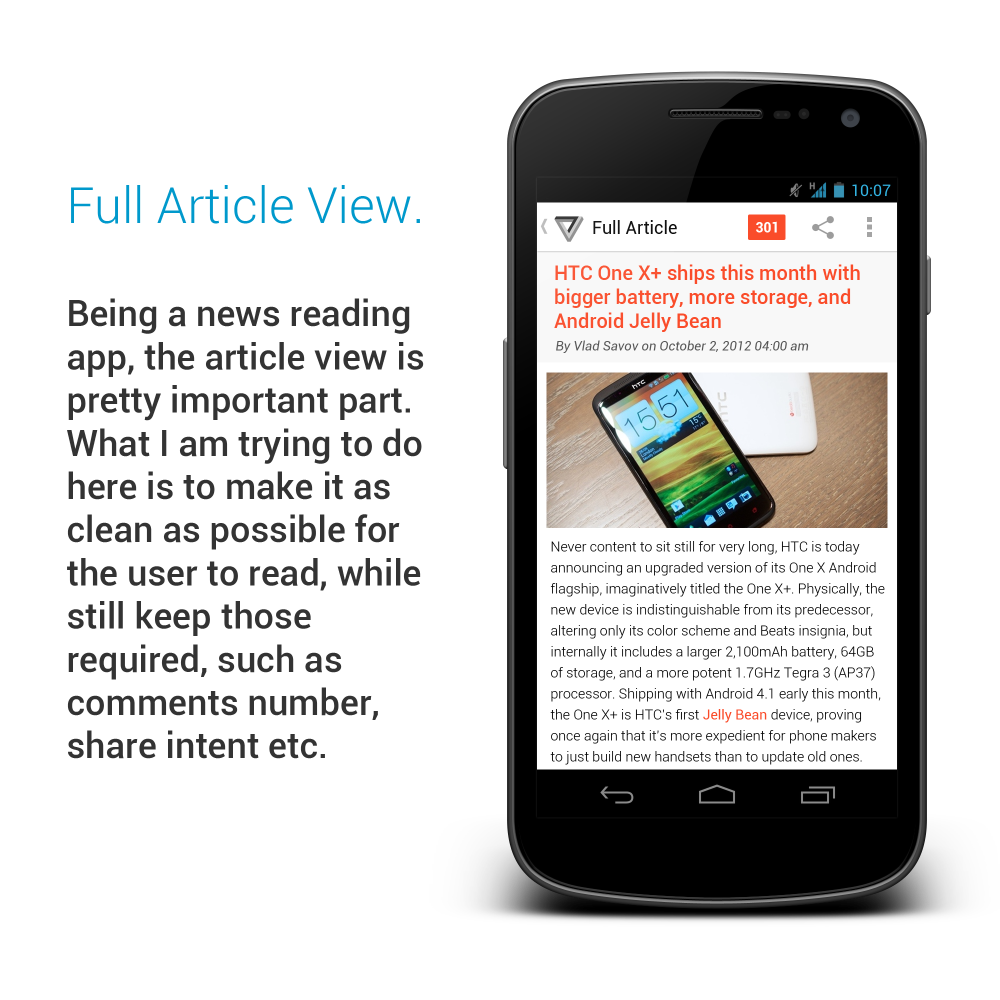 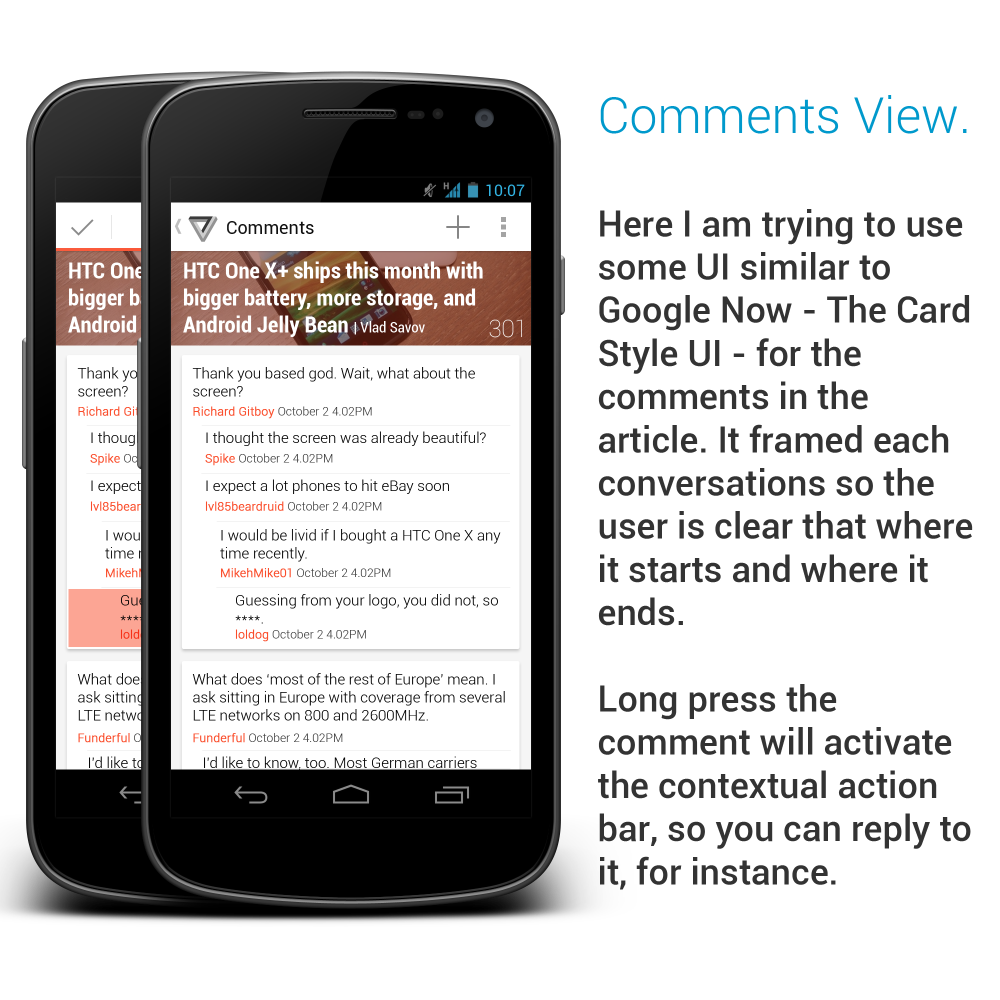 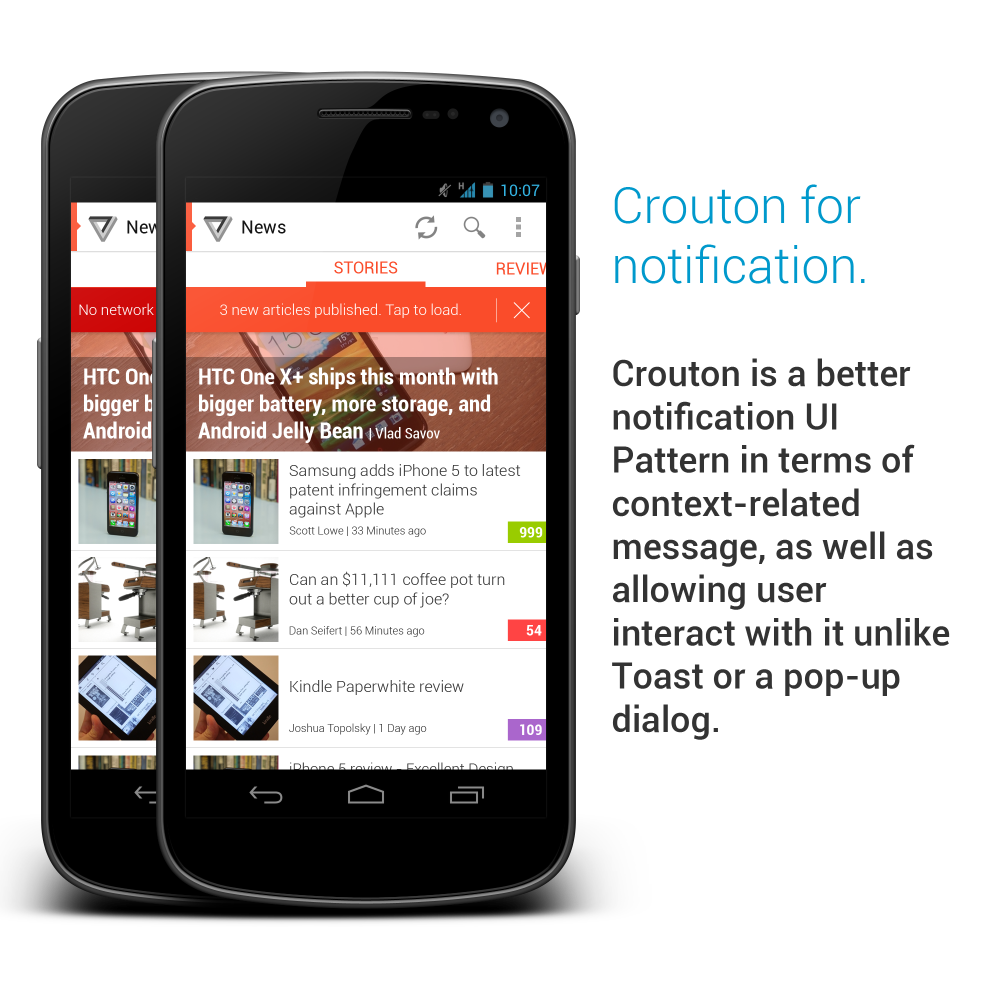 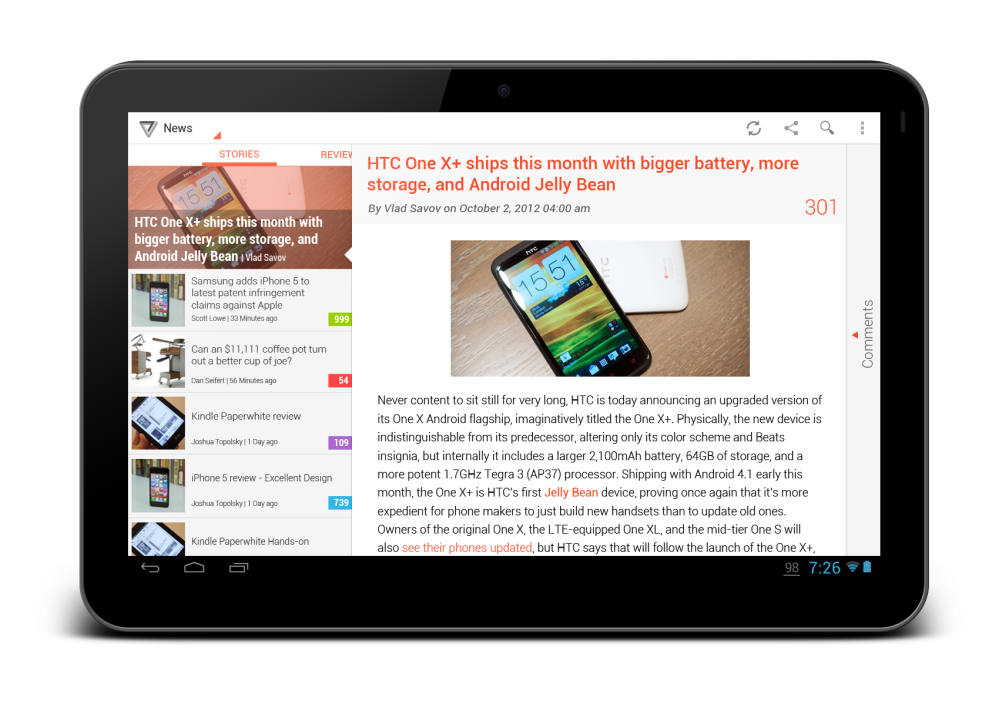 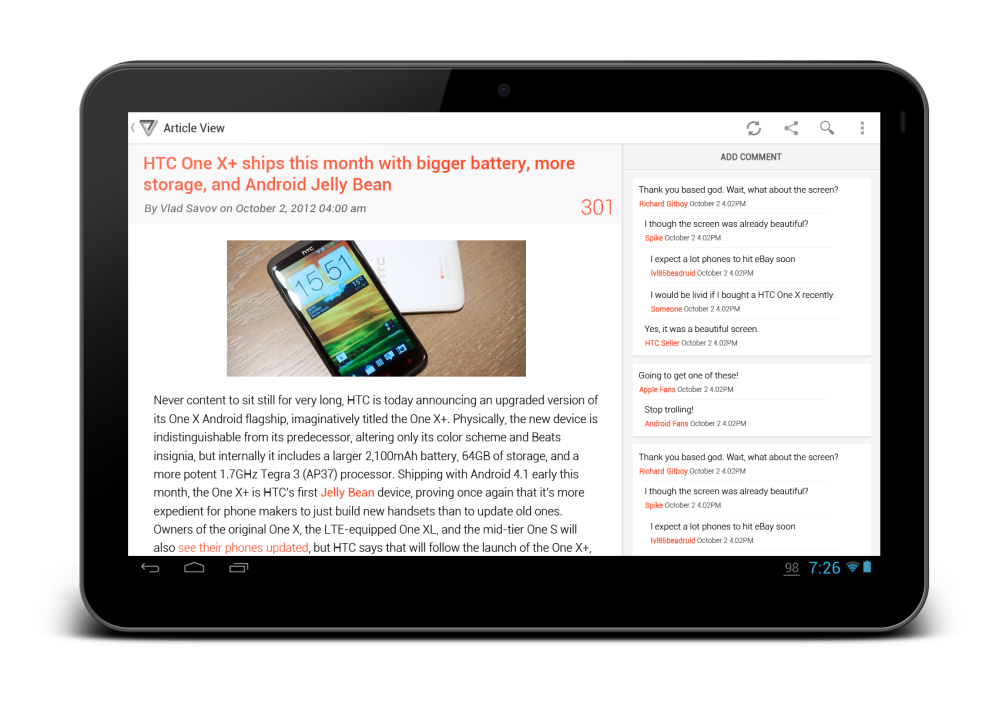 What do you think? Don’t hesitate to hit me with your comments/suggestions/critiques!

19 thoughts on “The Verge Redesigned”